In March 2022 a team from the International Atomic Energy Agency (IAEA) visited Koeberg to report on how ready the plant was to implement Eskom’s plan to extend its life beyond 2024. Eskom wanted to keep this report secret, but due to a request under the Promotion of Access to Information Act, it is now public.

The report lists fourteen safety issues with the planned life extension, or LTO (Long Term Operation), which mostly highlight that given the current conditions at Koeberg, the refurbishment cannot be done on time, nor safely. The full report is included below.

END_OF_DOCUMENT_TOKEN_TO_BE_REPLACED

The Koeberg nuclear plant is the only nuclear power plant in Africa. Construction began in the 1970s and the plant came online in 1984. It operates under a licence from the National Nuclear Regulator (NNR) which expires in July 2024. In 2010 the Eskom Board approved spending R20bn on refurbishing Koeberg to extend its life by 20 years, provided that it received approval from the NNR. That approval has not as yet been given to Eskom by the NNR.

Currently Koeberg provides 3.5% of national nominal generating capacity, although over the past few years it has been plagued by problems. For most of 2022, unit 2 has been offline and the plant has run at half of its nominal capacity.

END_OF_DOCUMENT_TOKEN_TO_BE_REPLACED

It is generally agreed that nuclear power comes with an inherent risk. What is hotly debated is whether or not there are benefits which outweigh that risk. When it comes to the Koeberg Nuclear Power Plant, Eskom have had the approach that since Koeberg produces electricity at a cost of around R0.45 per kWh, it is a ‘no-brainer’ to spend whatever is needed on a refurbishment to extend the life of the plant beyond the end of its design life in 2024.

A recently released modelling report estimates that doing that refurbishment would result in additional costs of R50bn “from a combination of the actual costs of life extension, additional open cycle gas turbine (OCGT) usage, large key-customer curtailment requests/instructions, and scheduled load-shedding.” It will also increase carbon emissions due to the additional use of OCGTs.

END_OF_DOCUMENT_TOKEN_TO_BE_REPLACED

On 15 January Eskom released a statement saying that Koeberg unit 2 “will on Monday 17 January 2022 be taken offline for a regular refuelling and maintenance outage that is scheduled for five months.”

Setting the disingenuous tone
Firstly it is disingenuous to call this a “regular refuelling” outage. It is about as accurate as saying your car is going to the mechanic for refuelling, and by the way while busy filling the tank they will also replace the gearbox. The vast majority of the cost and the duration of the outage will be to do the refurbishment, so it is more accurate to call this a refurbishment outage.

END_OF_DOCUMENT_TOKEN_TO_BE_REPLACED

Shortly after midnight on 28 October 2021 some test results became available which found excessive levels of Iodine-131 in the ventilation system at the Koeberg nuclear power station. This was likely a result of a test which had been done in the afternoon, combined with faulty filtration systems that meant the Koeberg Security Central Alarm Station (CAS) had to be evacuated.

While it is reassuring that Eskom were testing this safety system, no standard test procedure includes evacuating all staff from the security nerve centre of a nuclear plant. Clearly there was something significantly wrong.

While Eskom has not released much by way of detail, it is likely to be a result of a combination of three factors.

END_OF_DOCUMENT_TOKEN_TO_BE_REPLACED

The responsibility of regulating the safety of nuclear installations in South Africa is concentrated in the hands of one man, who appoints not only the members of the National Energy Regulator of South Africa (NERSA), but also the CEO of the National Nuclear Regulator (NNR) , and its board via an opaque process. The same man has committed in writing to both procuring a new nuclear plant by 2024, and extending the life of Koeberg by 20 years beyond its design lifetime.

END_OF_DOCUMENT_TOKEN_TO_BE_REPLACED

In response to our press release Cracks in Koeberg Safety Claims Eskom released a statement (full text given below) on 12 February 2021. This statement ignores several of the issues we raised, obfuscates others, and provides some further alarming information.

Maintenance and testing is being done …
The Eskom statement says “repairs have been implemented” which sounds initially reassuring. However, the report itself describes the repairs in progress at the time as follows:

END_OF_DOCUMENT_TOKEN_TO_BE_REPLACED 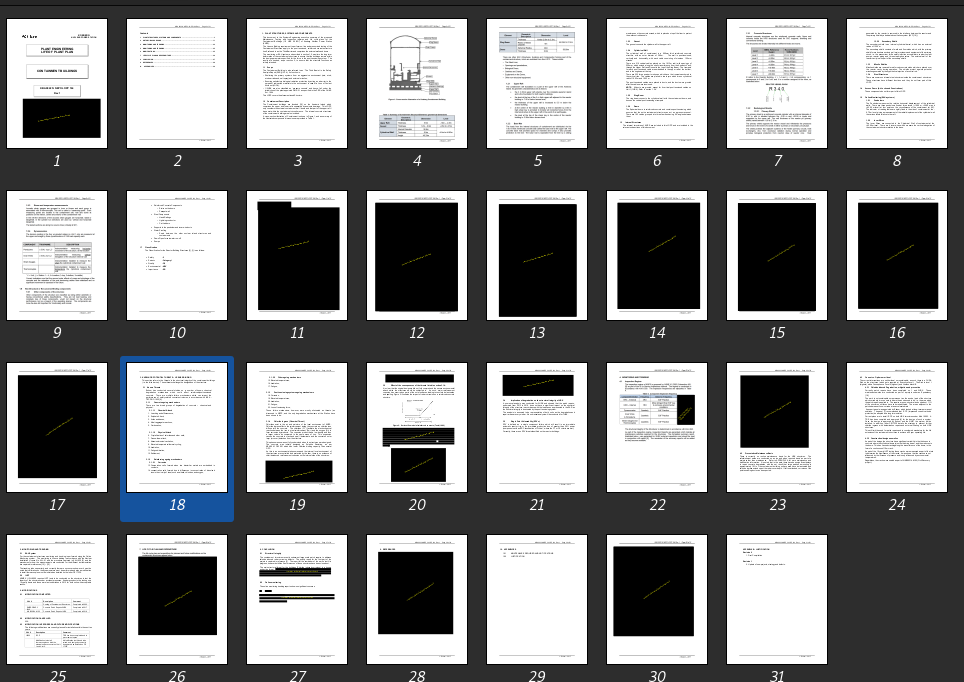