It has long been suspected that the only motivation behind pushing for nuclear power in South Africa has been corruption via State Capture, coming from then President Jacob Zuma. Details of this are emerging at the Zondo commission into State Capture where it has been testified that a Minister of Finance was fired specifically because he would not ignore the realities of the cost of nuclear power, and so refused tos sign off on the nuclear deal.

Despite this, and despite Zuma being removed from office, there are disturbing signs that there are still those in positions of power who are pushing for taxpayers’ money to be given to the nuclear industry.

Parliament has the responsibility of oversight over government spending, and the Portfolio Committee on Energy (PCE) focusses on Energy and the Department of Energy. At a recent learning festival organised by SAFCEI it was agreed to raise some specific issues by writing to Mr Majola, the chair of the PCE, via the following open letter, which was then delivered to parliament.

As you know, SAFCEI has been joined by a number of concerned citizens and organisations to host an Energy Learning Fest from 19 – 21 November 2018. Some of the participants have attended Portfolio Committee on Energy (PCE) sessions in Parliament, and we would like to thank you for opening the sessions to public input.

However, we would like to draw your attention to a number of issues that remain greatly concerning, and the overarching themes are:

Wasting Taxpayers Money on Nuclear
On 29 November 2016 the Department of Energy made a presentation to your committee, which included a list of contracts the DoE had paid for totalling over R212 million. The stated aim of these contracts was to assist the DoE to be ready for implementing the nuclear deal – the largest was for R171 million (at a rate of R1.7 million per week) paid to “Central Lake Trading 149”. However, all this expenditure was fruitless, as the DoE was ultimately not designated as the procurer of nuclear power. In addition, the “nuclear deal” had been stopped (or at least postponed) by the court action of SAFCEI and EarthLife Africa Johannesburg – where it was ruled as unlawful and unconstitutional.

It is important to note that, as far as we know, none of the officials responsible for motivating or awarding these contracts have been disciplined, and they may still be in decision-making positions within the DoE or elsewhere in government. Another large contract for nearly R1 million was awarded to the discredited consultancy company KPMG. Further to this, the recent Medium Term Budget Statement (MTBS) included an additional amount of R59 million for “services associated with the nuclear new build programme”. Yet, as is clear from the draft IRP, there is no new nuclear build programme.

Bailout of Unnecessary State Owned Enterprises (SOEs) and State Capture
The Nuclear Energy Corporation of South Africa (NECSA) is broke, and will require a bailout from National Treasury (some of which may be included in the R59 million mentioned above.)

Medical Nuclear Isotopes
NTP is a subsidiary of NECSA and is often used as a means of justifying the need to keep NECSA afloat. NTP uses a small nuclear reactor to produce isotopes needed for medical applications. 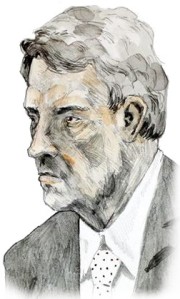 Nuclear Africa is a private company offering consultancy services in the nuclear field. The CEO is Kelvin Kemm, who is also currently the chair of the NECSA board. Kemm regularly appears before the PCE where he contradicts the experts from the DoE, CSIR and the National Development Plan (NDP), and encourages the PCE to support nuclear power in South Africa, making outlandish claims about how cheap it is.

Another member of Nuclear Africa is Leon Louw, who appeared before the PCE recently as a representative of a group “Truth in Energy” where he also praised the advantages of nuclear power.

Nuclear Waste
Currently low and medium level waste are transported by truck to Vaalputs regularly in the Northern Cape, where it is buried. The issue here includes the risk of contamination should there be a road accident on the way. As the route goes through some very remote areas, emergency vehicles such as fire trucks, could take several hours to reach the accident site. The impact of a truck loaded with radioactive waste burning could be quite far reaching and severe.

High level waste is a more serious problem. It remains on site at Koeberg, where it has accumulated at a rate of about 30 000kg per year (to the current level of about 1.5 million kilograms). Technically this will be the responsibility of the National Radioactive Waste Disposal Institute (NRWDI), which was formed in 2010. However, on 8 April 2016 the then Minister of Energy said in Parliament that the “NRWDI is not yet operational”. It seems irrational that the nuclear lobby is proposing new nuclear power stations when they have failed to make progress on the issue of waste disposal from the existing nuclear power station.

Hidden Subsidies
There are several ways in which the State subsidises nuclear power – apart from the bailout of NECSA mentioned above and the R40 million paid to the National Nuclear Regulator in 2017.

All household and property insurance policies in South Africa explicitly exclude damage from a nuclear plant accident or leakage during transportation of nuclear fuel or waste, using wording such as “Any nuclear material or radioactivity, including any nuclear fuel, waste, weapon or process”. Eskom has insurance up to the limits of its liability, which is a small fraction of the property damage and loss of value resulting from a major accident at Koeberg in Melkbosstrand alone.

The NRWDI will most likely impose a levy on electricity produced by nuclear power, based on international best practice, to dispose of nuclear waste. This levy is not yet in place, and has not been in place for the thirty plus years Koeberg has been operational. This presents a very serious problem which needs to be addressed urgently.

There are two options:
Either the levy will have to be charged retrospectively (which would result in a huge fee due by Eskom.) However, since Eskom does not have the funds to pay such a fee, this would mean that Treasury would need to inject further cash into the ailing SOE.
Alternatively, the levy would have to be several times higher than the international standard, to make up for the past thirty years.

In response to this, Eskom would have the option of shutting Koeberg down, which would avoid the need to pay any levy. This would leave the NRWDI with 1.5 million kg of high level waste, and no funds, which would mean that Treasury would need to supply the funds. The same would apply if some disaster, such as a large earthquake, damaged the Koeberg plant and caused it to be shut down.

In conclusion
In 2015, and again in 2016, various civil society organisations have asked for the committee to hear us on the nuclear issue. This, however, has not happened. And, while we appreciate the opportunity to be heard during the IRP hearings, it is unfortunately not the correct space for in-depth discussions into the nuclear issue.

As we monitor the PCE, we note that most of the MPs on the committee appear to have little knowledge of the risks of nuclear energy and have only spoken of the benefits. We are most concerned that such bias – and/or ignorance – exists in those who are supposed to be acting in the public interest.

We would be most grateful to be afforded an opportunity to make presentations to the full PCE on these matters. We would also want to hear responses from you or the members, to the questions raised in the sections above.

Signed by the following list of individuals and organisations who attended the Energy Learning Fest:

(The letter was signed by over 60 participants)